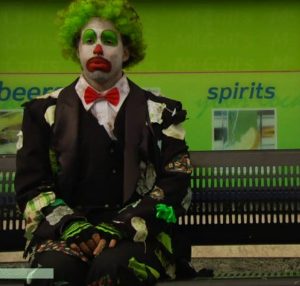 Sean has always had a devilish temptation to be cheeky, finding play in all that he does, and also how good he is at falling down.

This has unfortunately, only been spurred on by his training of clown in 2007, very much a contemporary Le Coq school approach. This ball of lunacy was then impacted by his intensive workshop under Philippe Gaulier in 2010. Since then Sean has added his clown techniques to his comedy acting writing and sketches, as well as, teaching clown throughout the U.K and United States.